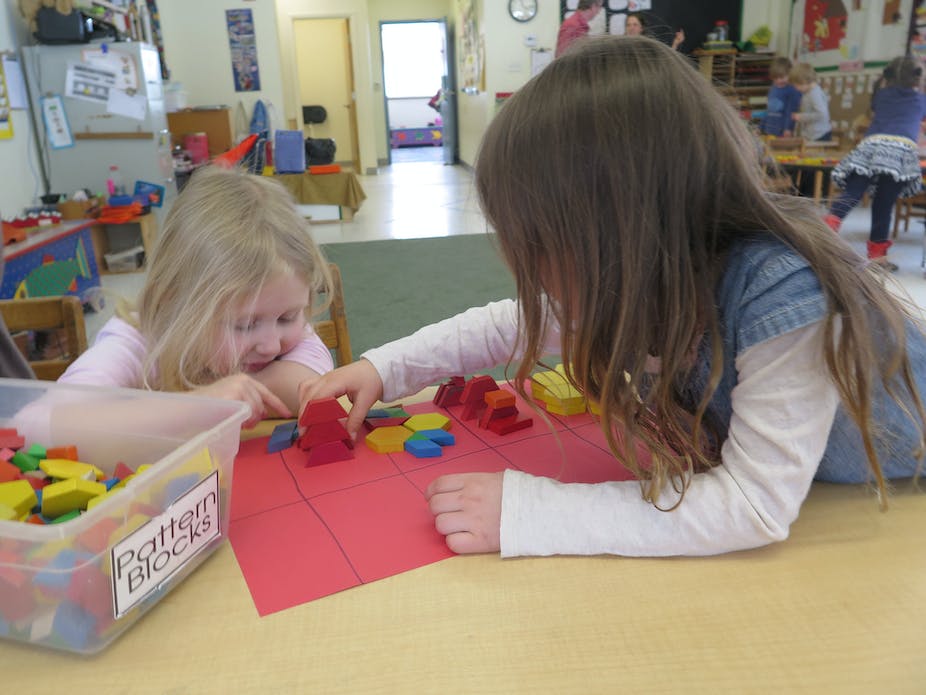 When we look at the overall development of a child, we can divide skills up into a few major categories: Gross Motor, Social-Emotional, Language and so on. The development of foundational skills for learning math can also be divided into categories.

I am writing a series, which will include posts on each of these skills (click on links above to view the individual posts). For each  skill area, we’ll look at the developmental stages, and also at how parents or teachers can help children to develop these skills. You may also want to check out my posts on Teaching Math Skills Overview, Financial Literacy, and Science Skills.

In my posts, I will put approximate ages when children tend to acquire these skills in parentheses, but I would encourage you to focus more on the order in which they learn skills rather than thinking of a particular age as a target. If your child is capable of doing something at a younger age than I list, you might be tempted to immediately leap ahead to the next stage. I would encourage you NOT to do that. Let them get REALLY skilled in any one area – keep working on it till it’s completely mastered before you move to the next stage. (It’s like letting them become great at crawling before you push them to walk…) Don’t try to push them faster down the road, push them deeper into a a fuller understanding.

It’s one thing to keep track of three objects, another to understand that the number term “3” refers to all sets of three things. If your child is just starting to learn about numbers, expect slow progress. Research suggests that a 2- or 3-year old kid who has learned the meaning of “1” will take another six months to learn about “2” and three months beyond that to learn about “3.” Altogether, it can take kids about a year to really understand how the counting system works (Wynn 1992). Once your child really “gets” the first four numbers, he will probably find it much easier to tackle higher numbers (Wynn 1992).

If you attempt to push a toddler quickly to count to four, then five, then ten, they may learn to say the words, but if they haven’t really internalized the meaning of 1, 2, and more than 2, they’ll really struggle with interpreting other numerical meanings as they get older. If you let them spend these months really mastering the ideas of 1, 2, and 3 through hands-on experiences with blocks and dolls and counting songs and reading books and so on, then they’ll be better prepared to move on.

My son is in a gifted program at school. They don’t focus on pushing first graders into second and third grade math – getting years ahead of their peers on the basic curriculum wouldn’t gain them much in the long run. Instead, they go deeper and explore things beyond the basic curriculum. For example, where his mainstreamed class is learning basic two dimensional shapes with worksheets, the enrichment class is playing with shapes hands-on, including three dimensional shapes, building them with paper and with building toys like  Tangrams

and Blokus. All this hands-on play will give my son a much deeper and richer understanding

of shapes that will carry through his later education in geometry.

I looked at many sources when preparing to write this series of posts, these are the ones I think parents and teachers will find most helpful.

Image credit: http://creativeprek.webs.com/mathcenter.htm, marked as free to use.